PCR: Tony Cartalucci Explains Ways That The Media Lie To Us

Tony Cartalucci Explains Ways That The Media Lie To Us
October 1, 2015 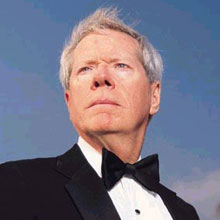 Tony Cartalucci Explains Ways That The Media Lie To Us

The Western Media Is Dying and Here’s Why Seymour Hersh has risked much over his decades of journalism. He is a true journalist who has been attacked, slandered, and shunned by all sides simply because he seems to resist taking any side.

When he reported on US atrocities in Vietnam, he was first attacked and denounced as a traitor or worse. In time, both the truth and Hersh were vindicated and the importance of what he did as a journalist to both inform the public and serve as a check and balance against the special interests of ruling power were recognized with a Pultizer Prize.

In 2007, when he exposed the then Bush-administration’s plans to use the Muslim Brotherhood and militant groups linked to Al Qaeda to overthrow the government of Syria – the result of which is unfolding today – the New Yorker gladly welcomed his work as a message they perceived would resonate well with liberal audiences.

But then in 2013, when Hersh brought forward information contradicting the West’s official narrative regarding a chemical attack on the outskirts of Damascus, the New Yorker decided not to publish it. His report, “Whose Sarin?” instead found itself published in the London Review of Books.

The story of Hersh bringing this information forward to the public and how the Western media attempted to first discourage it, then bury it, before attempting to discredit both the report and Hersh himself is a microcosm of the dying Western media.

Hersh’s  report went on in detail covering the manner in which Western leaders intentionally manipulated or even outright fabricated intelligence to justify military intervention in Syria – eerily similar to the lies told to justify the invasion and occupation of Iraq, and the escalation of the war in Vietnam after the Gulf of Tonkin incident.