Important announcement by the Keshe Foundation

Signing of the world peace treaty and World peace conference 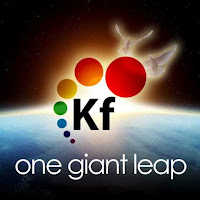 Important announcement by the Keshe Foundation

Signing of the world peace treaty and World peace conference

The Keshe Foundation made a promise that it will release a request and information on its forum today about the next step with release of its technologies for bringing peace and equality for Mankind.KesheFoundation

The following four PDF documents blow in this link are important and to be understood individually and then collectively as one unified paper.

We have not suggested a place and/or venues in our invitation letter for peace conference, as we thought that mankind choice will be the most appropriate.

This peace conference can be held in Tehran, UN offices in New York, Beijing, Moscow or any another place on earth as location can be acceptable to all.

The point is not the venue, but to achieve the world peace for Mankind.

The 21.1.2012 for release of these documents is chosen for its importance and now the mankind has 60 days to set the scene to achieve what his forefathers could not do for thousands of years, and by signing himself into accepting peace in its true sense individually and collectively.

As a race now the man has the technology in hand to enforce world peace and the man collectively has the determination to achieve it.

To be able to achieve the world peace and see the process through, the Keshe Foundation is moving its headquarters to a new location and out of its present prison of Belgium, which has been enforced on it by international political pressure for the past nine years.

The Foundation will soon announce where it will make its new home so that we can see this treaty safely through.

In this way all political restrictions and press restriction on the Keshe Foundation will be removed and we will collaborate with all citizens of the world to make sure that the world peace treaty day can be realised.

Please collaborate with the Foundation and let today be the day when the man starts a new chapter for the humanity and in reaching our goal to let every man on this planet to accept and sign themselves into the world peace treaty with their deeds, their hearts, their soul and intheir words.

The Foundation calls upon world citizens to do what you have done in the last twelve months and as individuals to become a MESSENGER OF PEACE for your home, city, nation and mankind, and take the messages in these four letters to all world leaders, world ambassadors, mayors, religious leaders, your neighbour, brothers and sisters.

By putting these four letters on everywhere, be it on the net, media, social medias, home, work place, palaces, parliaments and by encouraging your governments, leaders of communities and individuals to sign the treaty and to organise and attend peace conferences organised by you and your nation.

Please do with this message as you did with encouraged your governments in accepting the spaceship technology USB key.

I thank you for your support and hope we can achieve together in short time what has eluded the mankind form the beginning of time.

It is time to start a new chapter in the life of the man on earth, where peace and to serve humanity becomes the centre and focal point of every man and not the false materialistic life of today which has brought about so much misery for the man from his inspection on this planet.


I cannot imagine that any true man of peace or world leader will refuse to sign and act up on what he has signed his nation, faith and himself into with signing of this treaty.


PDF An insight into the Future of Man on Earth


PDF The Status of Scientists

The Founder of the Keshe Foundation
à 10:59 No comments:

Living in the New Reality 2013

Reflections   Living in the New Reality 2013

Did you know that after the human egg is fertilized and the cells split to create the zygote, the very first organ created is the heart?  For years scientists could not understand why the brain was not created first as they believed it controlled all the functions in the human body including the heart. They could not understand how the heart began to beat before there was a brain to direct it. Of course, those of us who live and know the magic of the heart knew why, in a spiritual sense, and yet, now, as often happens, science has come along and discovered that as the human cells are splitting and dividing, creating the  heart cells, they also a create a small number of actual brain cells within the heart!  It’s a fact folks, the heart created the first brain.

I found this confirmation very exciting.  Drunvelo deals a lot with this in his body of work he calls “Living In The Heart” link where I first ran into this information years ago. Now that we have crossed the galactic equator, moved through the shift of 2012, and aligned with the center of our universe, we are being suffused with waves of ever increasing photonic light. Read More.  The first and most important step to expanding consciously and easily into our New Reality is to “live in your heart!”  Did you know in ancient Egypt when our ancestors mummified the body for burial, the heart was placed in the most sacred urn to travel with the spirit and the brain was thrown away!  I am not advocating throwing your brain away(funny idea though) but rather, I would encourage everyone to begin to feel the brain cells in your heart and work with them to create a beautiful integration of the spiritual brain and heart center of your soul.  Just as we have finally realized, we are not separate but part of a beautiful whole.  The same is true here.  The heart and brain are not separate but have been created together by God Creator as a symbiotic and beautiful whole.  Think from your heart space.

I am only attracted to systems and structures as a means to take me places but do not attach myself to the forms as they are ever changing as we become more conscious.  So I have no “system” to help you into this but rather I feel this is a matter of consciousness.  If you are having difficulty with your brain; you are in a fog, confused and stuck, cross your hands over your heart palm-to-palm and breathe down into your heart space and consciously choose to awaken your brain there.  Make this a routine, a practice and establish a new “pattern” that will serve you as you ride into the new energies on planet earth over this next year and beyond.  After all, the new born baby lives in its heart and responds from that place.  We are all  reborn right now, so as I am fond of saying catch the magic and learn this new skill. I channeled a great message from the heart years ago that can help you.The Heart Speaks-Listen I have never been more excited about anything as I am about the potential available to all of us now.  Live in your hearts as much as possible as you move into 2013 and use the potential available to create consciously and with love.  I am joyous to be connecting hearts with all of you during these amazing years ahead of us.

I just sent this to Bill Kristol, the editor of the Weekly Standard magazine and one of the most influential advocates of our invasion of Iraq. He posted something this weekend about my post where I found an old quote from Chuck Hagel about how the Iraq War is all about the oil. I'll let you know when Bill gets back to me. (If you don't know much about Bill, you can find a good introduction here about his pre-war debate with Daniel Ellsberg.)

ear Bill,
Thanks for your post mentioning me! I didn't realize you visited my website so early on Saturday mornings. Man, I wish we had cleaned up after the party last night.
Anyway, I see you're mad that back in 2007 former Sen. Chuck Hagel said that we were obviously "fighting for oil" in Iraq. You explain this was "vulgar and disgusting" and "could be the straw that breaks the back of Hagel's chances" to be Obama's next Defense Secretary.
Since you feel so strongly about this, I wanted to make sure you heard about four other prominent people who've said the same thing. (I should have mentioned them yesterday with the Chuck Hagel stuff, I apologize.)

I like to think the best about people. I know all you're looking for is an open, honest debate about Chuck Hagel's qualifications - with absolutely no smears or bullying. And because you feel that way, I'm sure you'll want to update what you wrote about Hagel with these quotes, and explain that Alan Greenspan and Ann Coulter and John Abizaid and Midge Decter are vulgar and disgusting and far-left too.
Obviously you don't need any incentive to do the right thing. But let me know the second you add them all to that post, and I'll send $1000 to any charity of your choice.
Say hi to Fred "I Read the Iliad" Barnes for me,
Michael Moore
P.S. You probably meet a lot of people, so maybe you don't remember Midge Decter. You can look her up here (speaking at an event honoring your dad), here (signing the founding "Statement of Principles" of your organization Project for the New American Century) and here (where you talked about how "so many of us" have followed "in Midge's footsteps"). Oh, by the way, you were on the 2004 radio program with her when she said the above quote.