To download a PDF version of this article in French click here.
Neil recalls that as a youth he loved listening to his mother read him fairy tales and found the story of The Pied Piper particularly fascinating.  It was hard to imagine any one person getting so many children to follow him into oblivion.   What did he have to keep them entranced?  What promise did he use to captivate them?  What was he selling? 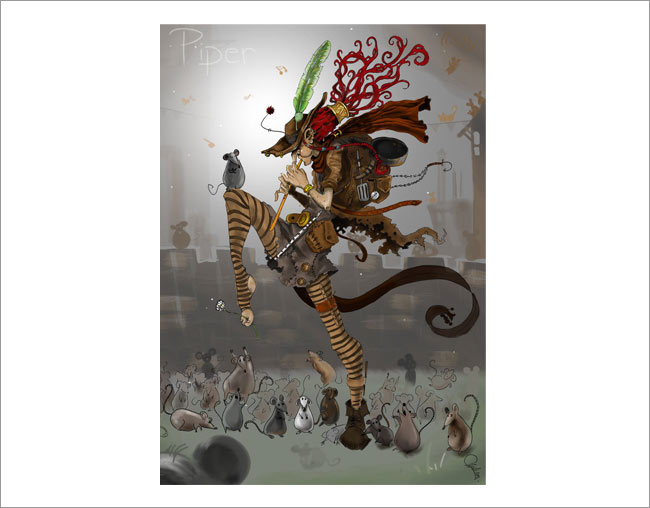 It seems that in this day and age we still have the Pied Piper running around selling dreams to both children and adults.  And they are buying it.  Their desperation and lack of desire to do things for themselves makes them easy-sells.  They believe and follow a dream of getting something for nothing.

Posted by Kevin Barrett on January 31, 2015
A review of "Methodical Illusion" by Rebekah Roth

Listen to last night’s interview with Rebekah Roth, to be archived here.

Was this where the FTS-captured 9/11 planes landed?

The truth-seeking community – and the airline industry – are abuzz over Rebekah Roth’s new book Methodical Illusion. It’s poised to break into the top 1,000 worldwide, selling so fast that Amazon may even have tried to stop its rise to bestseller status by falsely claiming “sorry, out of stock.”

We’ve seen this situation before…such as on September 8th, 2013, when the RT documentary 9/11 and Operation Gladio started to go viral and suddenly disappeared from search engines – as emails containing its url began falling into a big black hole in cyberspace.

So what’s all the excitement about? Why would the people whose job is to “disable the purveyors of conspiracy theories” try to limit sales of a potboiler novel by a former stewardess?

Hint: It isn’t literary quality they’re afraid of. If you want a 9/11 truth novel by a literary genius, read Thomas Pynchon’s Bleeding Edge. Pynchon’s book has lot of great writing and a modest amount of 9/11 truth, packaged in such a way as not to offend the Tribe that dominates American media.


But if you want a rough-hewn page-turner with more 9/11 truth than anything you’re likely to read this side of David Ray Griffin orChristopher Bollyn (or Veterans Today for that matter) check outMethodical Illusion. Roth boldly goes where no stewardess or novelist has gone before, pinning 9/11 squarely on the Israelis and their American assets, and providing a convincing explanation of how the planes were “hijacked,” by whom, where they went, and what happened to the passengers.
Read more »
à 20:48 No comments: 
As mentioned toward the end of today’s False Flag Weekly News (see above, click here for story links)…
…Super Bowl XLIX will feature the Seattle Truthers (coach Pete Carroll is a 9/11 truth supporter) versus the New England Liars and Cheaters (exposed by DeflateGate). If Seattle grabs a big lead, as seems likely, will Bill Belichick orchestrate a fake terrorist attack to save his team from defeat? Or might the real terrorists behind 9/11 decide to bring down “the Big One” on Phoenix this year?

A terrorist organization implicated in the events of September 11th, 2001 is targeting Super Bowl XLIX, scheduled for this Sunday, 4:30 p.m. Mountain Time in Phoenix, Arizona.

NATO seeks to portray Russia as threat to Europe: Analyst

You can view the 3 minute video interview on Press TV here.

Who do manufactured threats really serve?
[ Editor’s Note: We continue to see this WWIII hype, usually from limited readership bloggers, or those in the last stages of wearing out a long history of hyping news to get attention.
I mentioned the Obama statement early in the interview, where he said the US has no real military option in Ukraine.
That of course is just ignored by the amateur wannabe pundits. And these are people who were around when the Republic of Georgia’s silliness of thinking they could kill a couple of hundred Russian peacekeepers and take South Ossetia with the US backing them up went down in flames.
Condi Rice gave them the bad news, and quickly…”No way.” She was not being mean, but just stating the obvious. We could not engage Russia on their border, and would not when they had obviously been attacked and were defending Russian speaking people.
Read more »
à 15:58 No comments:

The internet and mainstream media has been abuzz about Project Blue Book Files being declassified and being moved online. This was a false claim by the mainstream media, these files have been online for many years. John Greenwald owner of the blackvault website, simply cataloged them and offered these files on the internet for free. Ufologist have always had access to this information, it was just clumsy to use and you paid for it. The information most of us are eagerly awaiting are the files from Project Blue  Book which are still classified today.

The blackvault has been forced to abandon their effort to bring Project Bule  Book files to the public at no cost due to a complaint by ancestory.com.

January 29th, 2015 – It is with great frustration to announce, that Ancestry.com, and their subsidiary Fold3, has laid down a claim to copyright on the Project Blue Book material – which has long been labeled as “public domain” by the National Archives & Records Administration (NARA). Ancestry.com is claiming ownership to the digital version of this material – despite me having records that Fold3 doesn’t even have in their archive and I received under the FOIA starting back in 1996. They simply claimed it was 100% theirs and I was forced to remove it.

9/11: Silencing those who report Israel’s role

Posted by Gordon Duff on January 29, 2015
Gag orders, threats of prison and even murder, not just the Bush administration but Obama too, all to defend Israel from very real annihilation...

Mike Dick, Supervising Special Agent, heading the FBI’s counter intelligence program, also US Army Lt. Colonel, 3 years deployed in Iraq and Afghanistan, outlines harassment that we know comes from his direct knowledge of Netanyahu’s role in planning 9/11.
Nearly 100 FBI, CIA and other organization personnel are currently under gag order tied to Israels involvement in the planning and execution of 9/11, widespread nuclear espionage and the theft of 350 carefully selected “nuclear pits,” selected with the help of the Director of the US Department of Energy, an Israeli agent.
Mike Dick was running surveillance units, as cited below, in New York City, tracking “Israeli art students” and Mohammed Atta, observing their meetings and fighting a war against American traitors who aided Israel in planting nuclear weapons under the World Trade Center.
Read more »
à 20:48 No comments: 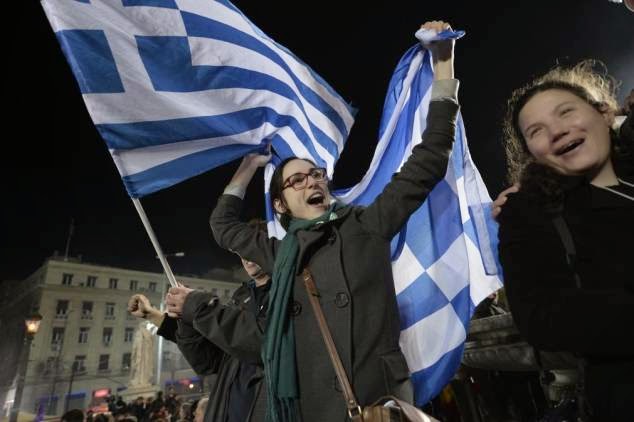 
inShare
As Eurogroup chief Jeroen Dijsselbloem (of "template" foot in mouth infamy) heads to Athens for talks today, Bloomberg reports the new Greek Finance Minister Yanis Varoufakis has a clear message for his European overlords of the past: “We don’t want the 7 billion euros...We want to sit down and rethink the whole program." While this exposes the nation's banking system to further runs, yesterday's revelation that Russia could step in with financing should they need it, leaves Dijsselbloem and Shulz with less and less leverage even as Spain's chief economic advisor warns, if Greece doesn't play along, "there will be problems on all fronts."

“Will Greece antagonize the European union? If they don’t there won’t be any problems,” Alvaro Nadal, chief economic adviser to the Spanish prime minister, said in a radio interview in Madrid on Friday. “If they do, there will be, on all fronts.”