By Moti Nissani on August 30, 2017
Curious patterns present perplexing questions
In the past 22 months, at least 14 Russian functionaries were murdered or unexpectedly died:
Read more »
à 21:39 No comments:

“We have received worrying information. According to Russia’s information, the Shabab al-Sunnah armed group has access to chemical weapons”.

“The militia plan to use it on one of the settlements in the Daraa province and then to accuse government forces of chemical attacks against civilians”.

Zakharova previously accurately predicated a false flag chemical attack by an FSA affiliated group in June. On the 29th of June, 2017, Zakharova stated that terrorists were planning such an attack in the Damascus region.
READ MORE: ZAKHAROVA–Russia aware of possible locations for false flag attack
Sure enough, on the 2nd of July, such a false flag did occur, complete with a well crafted propaganda video that Zakharova described in the following way,

“As we warned a few days ago, a media propaganda campaign on the ‘use of chemical weapons by Damascus’ has begun. There will be more of such videos, and they will be of different quality – either low-grade, like this one or of Hollywood level. There will be many fakes, the planned campaign is a massive one”.

This all comes as the United Nations high commissioner for human rights, Zeid Ra’ad al-Hussein said the following of the US attacks on Syrian civilians in the following way,

“Given the extremely high number of reports of civilian casualties this month and the intensity of the air strikes on Raqqa, coupled with ISIL’s (aka ISIS) use of civilians as human shields, I am deeply concerned that civilians – who should be protected at all times – are paying an unacceptable price and that forces involved in battling ISIL are losing sight of the ultimate goal of this battle”.

A chemical weapons false flag attack could distract the attention of global observers from the continued attacks on civilians that the US has been promulgating in eastern Syria. According to some witnesses these attacks are deliberate.
READ MORE: US targets civilians in Syria (VIDEO)
There exists a danger that FSA terrorists who in the past had been heavily armed and funded by the CIA, may use a false flag chemical attack to change the course of a war that Syria is winning, all the while obfuscating from view, the reports of US war crimes against civilians which the UN has just condemned.
à 21:18 No comments:

Lawrence Wittner -- Why Is There So Little Protest Against Recent Threats Of Nuclear War?


Lawrence Wittner, ContributorProfessor of History emeritus, SUNY/Albany
Why Is There So Little Protest Against Recent Threats Of Nuclear War?
Our tempered response to this looming catastrophe is deeply unsettling.
04/22/2017 05:59 pm ET
Updated Apr 23, 2017 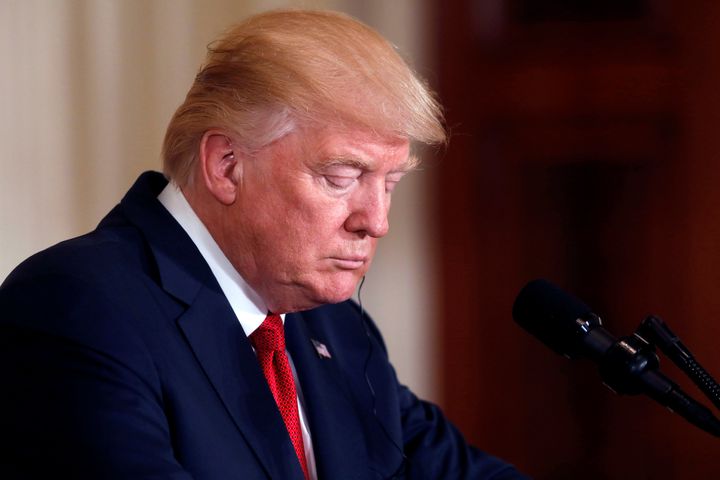 AARON BERNSTEIN / REUTERS
In recent weeks, the people of the world have been treated to yet another display of the kind of nuclear insanity that has broken out periodically ever since 1945 and the dawn of the nuclear era.
On April 11th, Donald Trump, irked by North Korea’s continued tests of nuclear weapons and missiles, tweeted that “North Korea is looking for trouble.” If China does not “help,” then “we will solve the problem without them.” North Korean leader Kim Jong Unresponded by announcing that, in the event of a U.S. military attack, his country would not scruple at launching a nuclear strike at U.S. forces. In turn, Trump declared: “We are sending an armada, very powerful. We have submarines, very powerful, far more powerful than the aircraft carrier. We have the best military people on earth.”
During the following days, the governments of both nuclear-armed nations escalated their threats. Dispatched to South Korea, U.S. Vice President Mike Pence declared that “the era of strategic patience is over,” and warned: “All options are on the table.” Not to be outdone, North Korea’s deputy representative to the United Nations told a press conference that “thermonuclear war may break out at any moment.” Any missile or nuclear strike by the United States would be responded to “in kind.” Several days later, the North Korean government warned of a “super-mighty preemptive strike” that would reduce U.S. military forces in South Korea and on the U.S. mainland “to ashes.” The United States and its allies, said the official statement, “should not mess with us.”
Read more »
à 21:06 No comments:

There were a few rounds of corresponding expert talks on how to overcome this situation, Maria Zakharova said Russian Foreign Ministry’s Spokeswoman Maria Zakharova
© Vyacheslav Prokofyev/TASS
MOSCOW, August 31. /TASS/. Moscow has offered Washington various options to overcome the situation with the anti-Russian sanctions before suggesting that it should cut down the number of its employees at the American diplomatic mission in Russia, Russian Foreign Ministry’s Spokeswoman Maria Zakharova said on Thursday.
"We’ve been offering various ways of out this situation to the United States for many months, more than half a year," she said.
"We gave half a year to the American side, and this wasn’t silent provision of opportunities, but constant attempts to involve [the US] in a dialogue. There were a few rounds of corresponding expert talks on how to overcome this situation," the diplomat added.
About the sanctions
In late December 2016, then-Barack Obama administration introduced sanctions against Russia, declaring 35 employees of the Russian Embassy in Washington and Consulate General in San Francisco persona non grata and closing two Russian diplomatic compounds in the states of New York and Maryland. All Russian staff was banned from entering these facilities.
Read more »
à 20:53 No comments:

The Myth Of The Moderate Kurdish Rebel

by Sarah Abed
In this third and final part of her inquiry into the claim to create a Kurdish state outside the historic Kurdish territories and to the detriment of the Arab and Christian populations, Sarah Abed draws a terrible observation. This article may seem to be partial to some of our readers. Yet all reported items are accurate and can be easily verified.
VOLTAIRE NETWORK | 31 AUGUST 2017

Part 1 : “The Kurds: Washington’s Weapon Of Mass Destabilization In The Middle East”.

Kurds and Assyrians: a tumultuous past and present A group of men excavate the remains of victims of the Armenian genocide in modern day, Deir ez-Zor, Syria, 1938.
© Armenian Genocide Museum Institute

Also known as “Shato du Seyfo,” or the “Year of the Sword, ” this genocide targeted Christians in the Ottoman Empire during World War I, mainly in 1915 [3]. The size of the Assyrian population was reduced by as much as 75 percent as a result.
Read more »
à 14:46 No comments:

by Shelley Kasli
The Indian Supreme Court has just recognized the constitutional inviolability of the right to privacy. It will have to decide soon on the legality of the generalization of biometric identification. On the same day, Wikileaks published documents on the CIA’s tools. Using the data already available, the United States has illegally collected biometric informations from more than one billion Indians. What has long been told by fictional works has become a reality: we will all be immediately identifiable by the CIA.
VOLTAIRE NETWORK | BANGALORE (INDIA) | 25 AUGUST 2017 Today WikiLeaks published secret documents from the ExpressLane project of the CIA [1]. These documents show one of the cyber operations the CIA conducts against liaison services — which includes among many others the National Security Agency (NSA), the Department of Homeland Security (DHS) and the Federal Bureau of Investigation (FBI).
The OTS (Office of Technical Services), a branch within the CIA [2], has a biometric collection system that is provided to liaison services around the world — with the expectation for sharing of the biometric takes collected on the systems. But this ‘voluntary sharing’ obviously does not work or is considered insufficient by the CIA, because ExpressLane is a covert information collection tool that is used by the CIA to secretly exfiltrate data collections from such systems provided to liaison services.
Read more »
à 12:01 No comments: 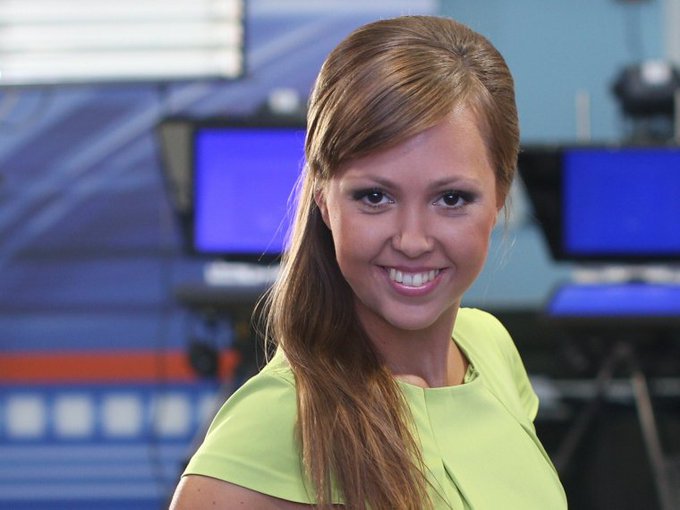 Russia’s Foreign Ministry has strongly criticized the Kiev regime’s kidnapping and illegal detention of Russian civilian journalist Anna Kurbatova.
Kurbatova was forcibly abducted by the SBU, the regime’s security service in a mafia style incident in central Kiev. She is currently being held and will soon be forcibly deported from the country. Her current condition remains unknown.
READ MORE: Kidnapped Russian journalist Anna Kurbatova is being held by Ukrainian regime–to be forcibly deported
The statement from the Russian Foreign Ministry reads as follows,
“The detention in Kiev on August 30 of Channel One journalist Anna Kurbatova and her forcible deportation to Russia is clearly not an accidental incident, but a deliberate provocation initiated by the Ukrainian law enforcement and national radicals.


We are directing the attention of international human rights organisations and other agencies which are supposed to protect freedom and independence of the media to the continuing outrage in Ukraine. We hope for their reaction and practical steps with regard to the excesses of the Kiev authorities”.