GPD is our General Posting Department whereby we share posts from other sources along with general information with our readers. It is managed by our Show More

By GPD on March 29, 2016
See how long it takes the head choppers to get their YouTube cronies to block this one as well

Social Psychologist with Doctorate from Major Midwest Big Ten University. Retired after serving the community for over 36 years during which time there were numerous contacts with those as...Show More

The Secret Law of Opposites

By Preston James, Ph.D on March 30, 2016
There is a secret Establishment Hierarchy which determines governmental policy and runs the World -- it is evil beyond imagination and operates according to the Law of Opposites

Note: This is a long article and you can read the bold print and the conclusion to save time.

The small number of individuals who really run things do so in abject secrecy and sit at the top of a Hierarchy of Evil.
They serve as the key decision makers and top policy-makers in a world of duplicity run by them. And they are wrinkled very old men nearing their end of days.
They are in a mad race to attain their secret Globalist NWO Agenda, which is unimaginably evil and completely anti-human.
They believe that they will only be able to be regenerated in an immortal form once they have attained their Globalist NWO Agenda.

Actually they are criminally insane psychopaths, but they do retain the controls of power in America and much of the world. They and their top subordinates, initiates and Cutouts are always two-faced deceivers like themselves that pretend to be serving the public good, while secretly doing exactly the opposite, spreading hate, conflict, mass suffering and death, and poverty.
These individuals are truly evil, but with a nice face and very effective powers for deceiving the naive public, which tends to view them as benevolent parent figures. For those who suspect what they are really about, the unlimited money and power they will share with those who are willing to do their bidding is a strong reinforcer, and entices most to go along to get along.
These Select Few who sit at the top of this World Hierarchy of Evil control all the key institutions, large corporations and the existing Establishment, even right down to your own neighborhood.
If any public official or any person publicly crosses them and goes outside allowed parameters, they will be sanctioned and often blacklisted to varying degrees from participating in the system in any meaningful way.

Some are severely sanctioned Cointelpro-style with the FBI, CIA or foreign Intel operatives assigned to stalk them, follow them around and harass them.

The Law of Opposites, a secret Luciferian teaching of the Hierarchy is completely divergent from normal societal expectations, but serves as their main operating principle and a road-map on how to attain their goals.

Few could ever imagine how extreme the evil that the Select Few and those who occupy the top positions of the Hierarchy actually do on a daily basis.
Read more »
à 22:56 No comments:

Syria's President Bashar al-Assad © SANA / Reuters
9
Many countries would like to see the Syrian Army defeated so Damascus would become more concessive, President Bashar Assad told RIA Novosti in an exclusive interview. The army’s advances are in fact a major contribution to eventual peace, he said.
The Syrian Arab Army’s success on the battlefield, with Russia’s support, is going to speed up a political settlement in Syria, not hinder it, Assad believes.
View image on Twitter 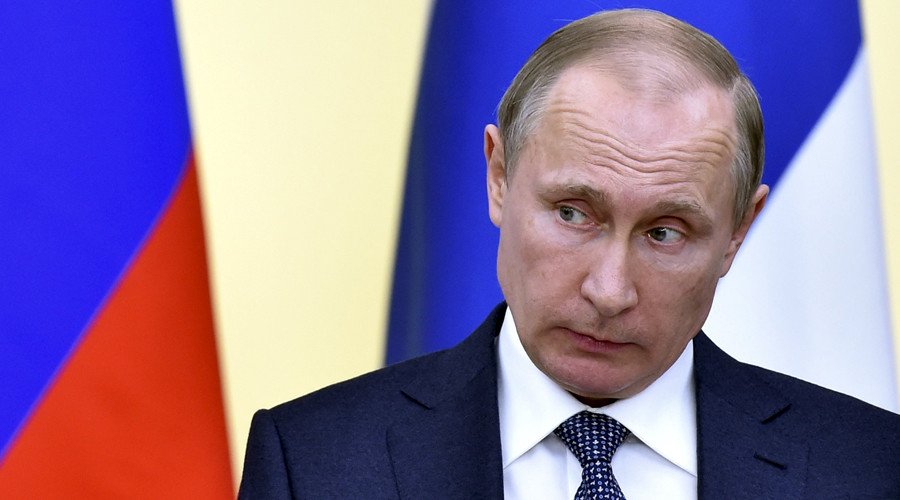 “Because there are those who accuse us and Russia of [hindering the peace process], when trying to present Russia's intervention aimed at countering terrorism as an intervention to support the president or the Syrian government, and thus, as an obstacle in the way of the political process,” Assad told the director general of Rossiya Segodnya (incorporating Sputnik and RIA Novosti news agencies), Dmitry Kiselev.
Read more »
à 11:59 No comments:

Email ThisBlogThis!Share to TwitterShare to FacebookShare to Pinterest
Libellés : RT