The Few Who Rule

They are overwhelmingly white, rich, older and male, in a nation that is being remade by the young, by women, and by black and brown voters. Across a sprawling country, they reside in an archipelago of wealth, exclusive neighborhoods dotting a handful of cities and towns. And in an economy that has minted billionaires in a dizzying array of industries, most made their fortunes in just two: finance and energy.

Now they are deploying their vast wealth in the political arena, providing almost half of all the seed money raised to support Democratic and Republican presidential candidates. Just 158 families, along with companies they own or control, contributed $176 million in the first phase of the campaign, a New York Times investigation found. Not since before Watergate have so few people and businesses provided so much early money in a campaign, most of it through channels legalized by the Supreme Court’s Citizens United decision five years ago.

These donors’ fortunes reflect the shifting composition of the country’s economic elite. Relatively few work in the traditional ranks of corporate America, or hail from dynasties of inherited wealth. Most built their own businesses, parlaying talent and an appetite for risk into huge wealth: They founded hedge funds in New York, bought up undervalued oil leases in Texas, made blockbusters in Hollywood. More than a dozen of the elite donors were born outside the United States, immigrating from countries like Cuba, the old Soviet Union, Pakistan, India and Israel.

But regardless of industry, the families investing the most in presidential politics overwhelmingly lean right, contributing tens of millions of dollars to support Republican candidates who have pledged to pare regulations; cut taxes on income, capital gains and inheritances; and shrink entitlement programs. While such measures would help protect their own wealth, the donors describe their embrace of them more broadly, as the surest means of promoting economic growth and preserving a system that would allow others to prosper, too.

“It’s a lot of families around the country who are self-made who feel like over-regulation puts these burdens on smaller companies,” said Doug Deason, a Dallas investor whose family put $5 million behind Gov. Rick Perry of Texas and now, after Mr. Perry’s exit, is being courted by many of the remaining candidates. “They’ve done well. They want to see other people do well.”

In marshaling their financial resources chiefly behind Republican candidates, the donors are also serving as a kind of financial check on demographic forces that have been nudging the electorate toward support for the Democratic Party and its economic policies. Two-thirds of Americans support higher taxes on those earning $1 million or more a year, according to a June New York Times/CBS News poll, while six in 10 favor more government intervention to reduce the gap between the rich and the poor. According to the Pew Research Center, nearly seven in 10 favor preserving Social Security and Medicare benefits as they are.

Republican candidates have struggled to improve their standing with Hispanic voters, women and African-Americans. But as the campaign unfolds, Republicans are far outpacing Democrats in exploiting the world of “super PACs,” which, unlike candidates’ own campaigns, can raise unlimited sums from any donor, and which have so far amassed the bulk of the money in the election.

The 158 families each contributed $250,000 or more in the campaign through June 30, according to the most recent available Federal Election Commission filings and other data, while an additional 200 families gave more than $100,000. Together, the two groups contributed well over half the money in the presidential election -- the vast majority of it supporting Republicans“The campaign finance system is now a countervailing force to the way the actual voters of the country are evolving and the policies they want,” said Ruy Teixeira, a political and demographic expert at the left-leaning Center for American Progress.

Like most of the ultrawealthy, the new donor elite is deeply private. Very few of those contacted were willing to speak about their contributions or their political views. Many donations were made from business addresses or post office boxes, or wound through limited liability corporations or trusts, exploiting the new avenues opened up by Citizens United, which gave corporate entities far more leeway to spend money on behalf of candidates. Some contributors, for reasons of privacy or tax planning, are not listed as the owners of the homes where they live, further obscuring the family and social ties that bind them.

But interviews and a review of hundreds of public documents — voter registrations, business records, F.E.C. data and more — reveal a class apart, distant from much of America while geographically, socially and economically intermingling among themselves. Nearly all the neighborhoods where they live would fit within the city limits of New Orleans. But minorities make up less than one-fifth of those neighborhoods’ collective population, and virtually no one is black. Their residents make four and a half times the salary of the average American, and are twice as likely to be college educated.
Most of the families are clustered around just nine cities. Many are neighbors, living near one another in neighborhoods like Bel Air and Brentwood in Los Angeles; River Oaks, a Houston community popular with energy executives; or Indian Creek Village, a private island near Miami that has a private security force and just 35 homes lining an 18-hole golf course.

Sometimes, across party lines, they are patrons of the same symphonies, art museums or at-risk youth programs. They are business partners, in-laws and, on occasion, even poker buddies.

Living Near One Another 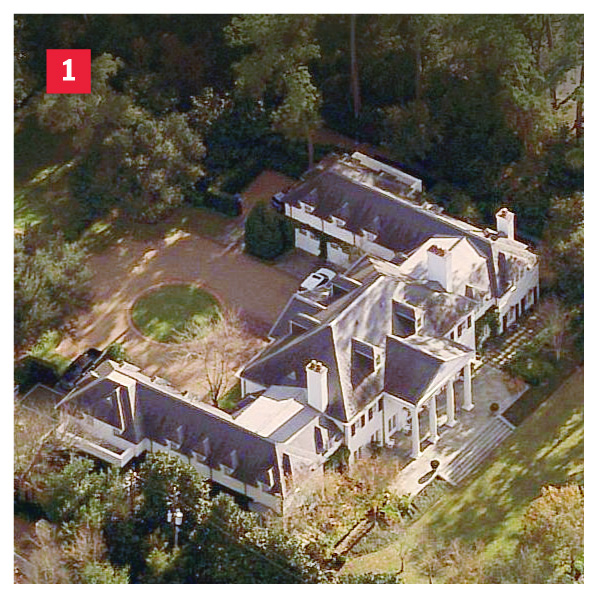 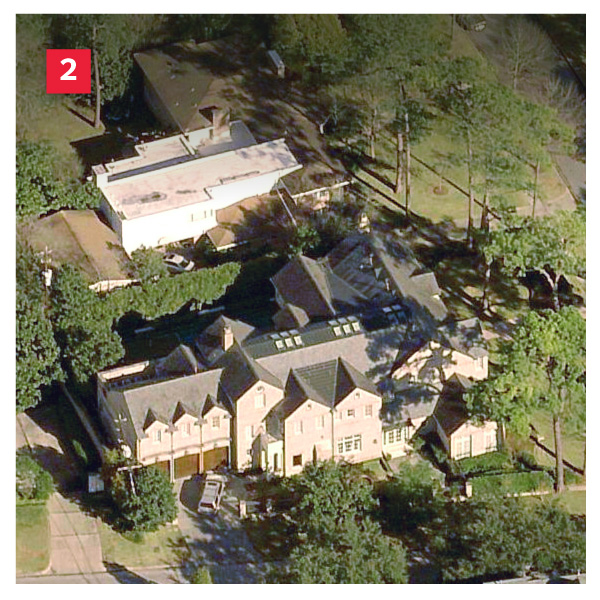 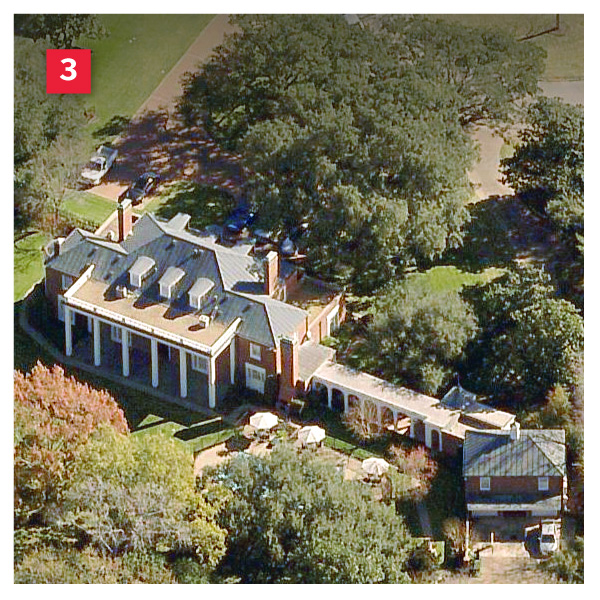 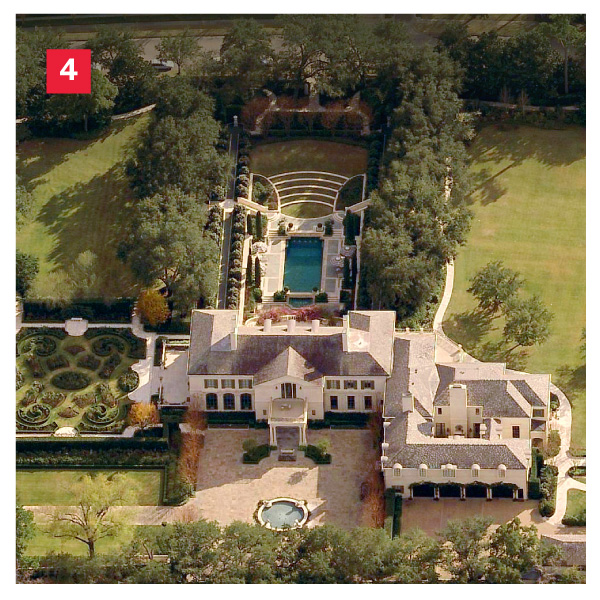 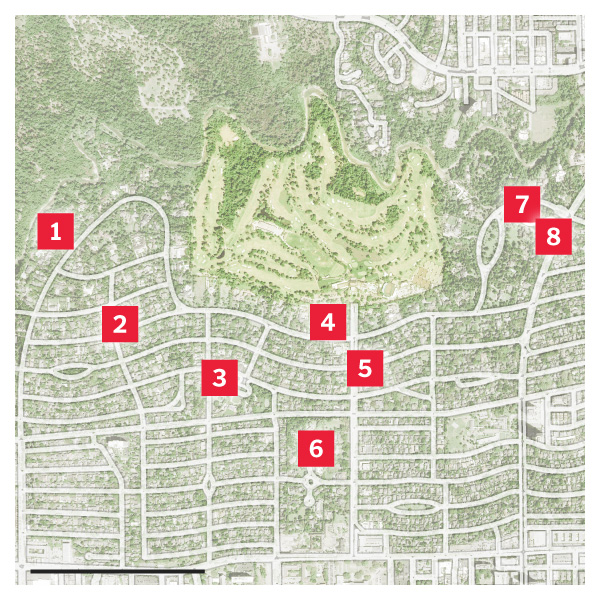 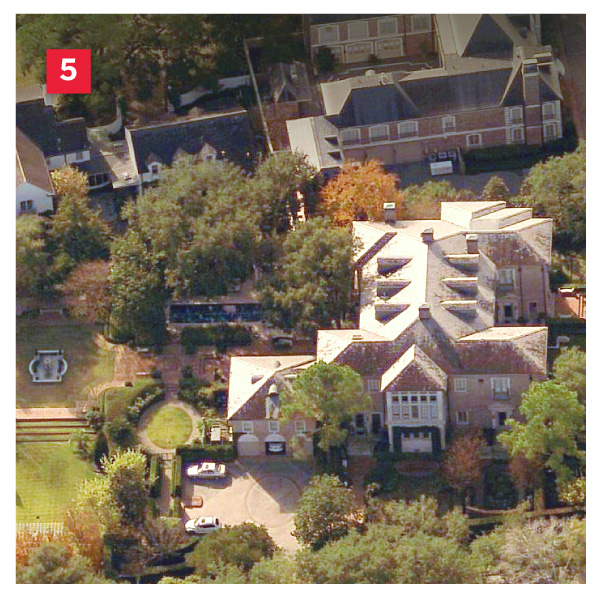 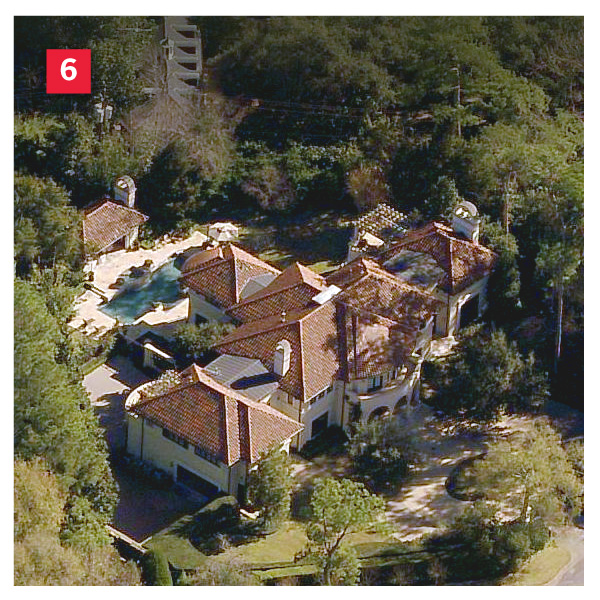 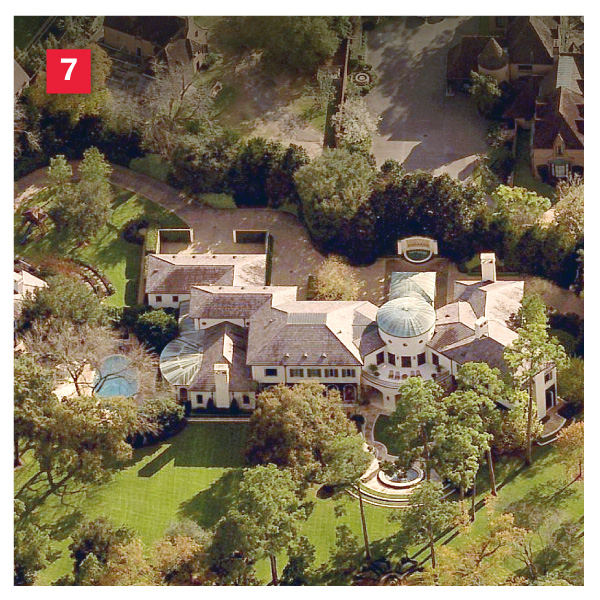 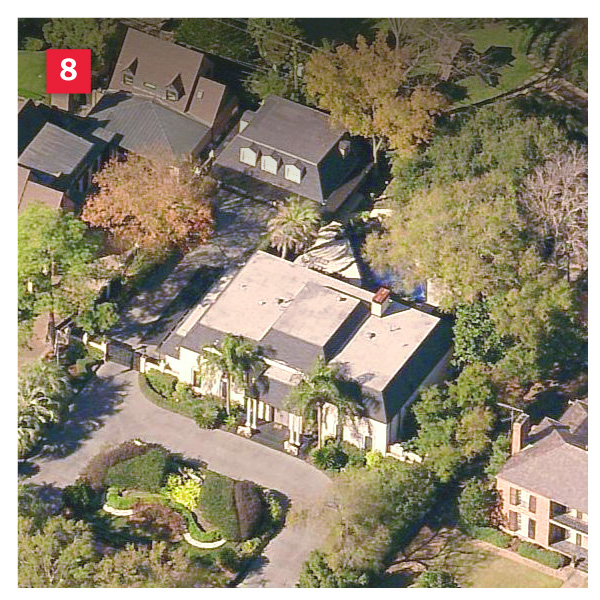 More than 50 members of these families have made the Forbes 400 list of the country’s top billionaires, marking a scale of wealth against which even a million-dollar political contribution can seem relatively small. The Chicago hedge fund billionaire Kenneth C. Griffin, for example, earns about $68.5 million a month after taxes, according to court filings made by his wife in their divorce. He has given a total of $300,000 to groups backing Republican presidential candidates. That is a huge sum on its face, yet is the equivalent of only $21.17 for a typical American household, according to Congressional Budget Office data on after-tax income.

The donor families’ wealth reflects, in part, the vast growth of the financial-services sector and the boom in oil and gas, which have helped transform the American economy in recent decades. They are also the beneficiaries of political and economic forces that are driving widening inequality: As the share of national wealth and income going to the middle class has shrunk, these families are among those whose share has grown.

Mainly in Finance and Energy