Our planet has NO chance if we do not raise awareness and speak out.

What if there were a monumental environmental threat that you didn’t even know was happening? What if you found out it is affecting your health and that of people you know and love? What if you knew it was such an enormous problem that it has the potential to destroy our crops and trees, the soil they are grown in, our entire water supply, and whole ecosystems - and that if you didn’t act, we could never turn back?

What if it came into use in an insidious way, just as GMO foods have come into our food supply without our knowledge? What if it appeared to be harmless, but it wasn’t? And what if it were so cleverly woven into our culture that we didn’t even see it anymore? What if it were so masterfully stigmatized and wrapped in controversy that if you thought it strange or concerning, you’d be scorned or ignored?

It sounds like science fiction, but it’s not. It’s happening right above you, and it’s called “geoengineering”.

You can find articles and debates in which scientists are proposing to “dim” the sun to slow down climate change, using a technique called “Solar Radiation Management” (SRM). Their concept is to mimic the dimming and cooling effects of a volcanic eruption and existing particulate pollution made by human activity. However, it has been out of the proposal stage for quite some time, and even though officials will not admit it, SRM is already in full-scale operation.

SRM sounds like a viable solution to slowing climate change, and scientists have repeated how “cheap” it is over and over again. But it comes with a price. In fact, it comes with many.

Global climate engineering/geoengineering programs are radically disrupting weather patterns, disrupting the hydrological cycle (causing drought in some areas, flooding others), destroying the ozone layer, and contaminating the entire planet with the toxic fallout from these atmospheric spraying operations.

Climate engineering programs have been fully deployed for many years. There is a mountain of hard science data and film footage to back up this statement of fact.

If you’re concerned, click here http://www.skyderalert.com/ and take a few minutes to view the trailer to “Look Up”, a newly released, award winning documentary, narrated by William Baldwin. It is an excellent introduction to the issue of ongoing climate engineering / geoengineering.

We have included articles and information that will shine more light on this extremely important issue, one that is radically affecting our planet’s life support systems, and every one of us. Our only goal is that you will review what we have included, and we hope it will motivate your continued investigation of the completely illegal, unregulated, and incredibly devastating climate modification programs that are being conducted on a global scale.

You can learn more at:

“The Most Important Topic of Our Time” http://www.youtube.com/watch?v=a2x6TEeknfo

A slide show of what is happening to our world: http://worldviewclimateengineering.weebly.com/

You can find more documents and many pictures on these links:

·         Council on Foreign Relations article: The Truth About Geoengineering http://tinyurl.com/n6x8va6

·         But is it really sulphurs they’re talking about using? What about aluminum? http://www.youtube.com/watch?v=nmGRy_cCiZw&feature=youtu.be

·         Why would aluminum be a problem? http://www.lenntech.com/periodic/elements/al.htm (and it can never be removed from our soil.)

·         What about DROUGHT? Could geoengineering  be affecting the hydrological cycle? Yes: http://www.edf.org/blog/2013/12/11/geoengineering-cure-worse-disease  and http://www.independent.co.uk/news/science/plan-to-avert-global-warming-by-cooling-planet-artificially-could-cause-climate-chaos-9043962.html

Still not convinced weather modification is taking place or has been used in the past?

What can you do?

·         Visit your senators and representatives and share your concerns.
·         Contact this organization and express your opinions http://dcgeoconsortium.org/

forward this letter to everyone you know.


Our planet has no chance if we do not raise awareness and speak out. 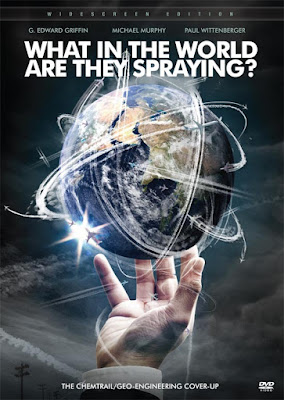