Posted by Jim Fetzer on February 21, 2015
When they shall rise up against us, we will crush them like insects for they will have no weapons. 1913 was a pivotal year that brought to fruition the meticulous laid out agenda conspired in total secrecy of the Jekyll Island coup d’état that culminated with the Federal Reserve Act signed by President Woodrow
Wilson establishing the deceptively covert, privatized central banking cabal of the Federal Reserve Board.


The other illegal 1913 coup that was part of the low-blow, near knockout punch, against the American people was the birth of the federal income tax. Thus the foundation of today’s global Ponzi scheme on the verge today of implosion gained its lethal foothold into our lives just one year before WWI.
A handful of powerful men–including New York Senator Nelson Aldrich, Col. Edward M. House, Paul Warburg (representing the Rothschild’s), Jacob Schiff (with Rothschild ties) of Kuhn Loeb Co., Benjamin Strong (representing America’s elite money barons like John D. Rockefeller)–met at J.P. Morgan’s hunting club on a Georgia Island, in 1913, to iron out the strategy to take over America’s government by usurping the power of the U.S. Treasury to produce currency. One of the Jekyll Island participants, Colonel Edward M. House, A 33rd Degree Free Mason and Ashkenazi Jew, was acting as President Woodrow Wilson’s personal advisor; Colonel House was an elitist insider who was easily able to manipulate President Wilson to serve the interests of the banking cabal.
Colonel House role of influence and power over Woodrow Wilson might be analogous to what Zbigniew Brzezinski was to President Jimmy Carter or Henry Kissinger was to President Richard M. Nixon. (See especially “A Century of US Presidents Marching to the Beat of the New World Order” (17 February 2015), by Joachim Hagopian.) I quote President Woodrow Wilson:

“Mr. House is my second personality. He is my independent self. His thoughts and mine are one. If I were in his place I would do just as he suggested if anyone thinks he is reflecting my opinion by whatever action he takes, they are welcomed to the conclusion.” With the formation of the Federal Reserve, wealth and power in the United States was instantly consolidated within a few Eastern Establishment families that would ensure their offspring were always educated in Ivy League schools such as Harvard, Yale, Princeton and Columbia. Upon graduation they would enter Wall Street banking firms, global corporations and infiltrate into key positions in the U.S. Government.


This power grab resulted in control over the money flow through loans to the federal government and then collecting interest on those loans, guaranteed loan repayment by income taxation.
These sinister anti-democratic, anti-free enterprise machinations enacted a century ago were designed to kill democracy in America, replacing it with the oligarchy we’re currently stuck with.
The coup of 1913 was a mere replication of the wealth and power structure that had been governing Europe’s central banking cabal since the 1600’s. A year before the passage of the Federal Reserve Act, in a speech before the world’s bankers, Meyer Nathan Rothschild bragged,

“Let me control a people’s currency and I care not
who makes their laws.”

Global rulers consisting of only eight families in the United States and Europe, who owned the Federal Reserve, envisioned attaining complete control over a consolidated one world government through their central banking cabal. As a private collection agency, the Federal Reserve bilks approximately $400 billion a year from the U.S. tax payers added to $300 billion in interest. The Federal Reserve is a pyramid scam that has Americans paying out while these global elitists simply collect on what is owed, never having to pay out themselves.


In 1921, under the orders of Jocob Schiff, Col. Edward House and Bernard Baruch, both Ashkenazi Jews, reorganized the American branch of the Institute of International Affairs into the Council on Foreign Relations (CFR); for the past 60 years, 80% of the top positions in every administration, Republican or Democrat, have been occupied by members of the CFR.
The CFR is an out layer of the Royal Institute of International Affairs (Great Britain), whose purpose was to retake the United States as a British Colony and then unite the world under British control, which is an outer layer of the Round Table Organization, which also is an outer layer of the main core secret establishment called the Circle of Initiates founded in 1891 by Cecil Rhodes. Cecil Rhodes was a satanic cult member, who helped pave the way for the NEW WORLD ORDER. 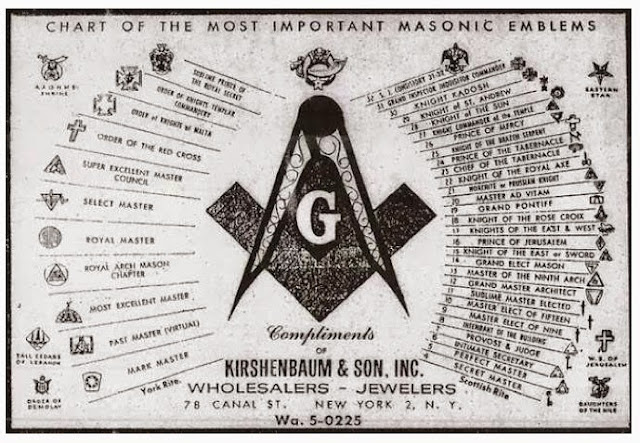 In order to get familiar with what the Skull & Bones Society and Illuminati / CIA are all about, it is not a bad idea to read the following, by Col. Edward M. House. (House was only a bogus Colonel.) HAVE NO DOUBT, the fascist elites who are calling the big-plays in our world today envision this scenario for us all 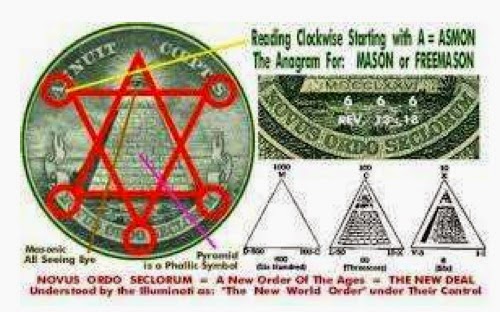 An illusion it will be, so large it will escape perception. Those who will see it will be thought of as insane. We will accomplish one drop at a time which will prevent them from seeing the changes as they occur. We will keep their lifespan short and their minds weak while pretending to do the opposite.
We will use toxins, aging accelerators and sedatives in food, water and air. They will be blanketed by poisons every way they turn. We will promise to find cures from our many fronts, yet we will feed them more poison.

The poisons will destroy their minds and reproductive systems. From all this, their children will be born sick. When they give birth we will inject more poisons into the blood of their children and convince them it’s for their help.
We will teach them that the poisons are good, with fun images and musical tones. We will start early on. When their minds are young we will target them with what children love most, sweet things. When their teeth decay we will fill them with toxic metals that will kill their mind and steal their future.
When their ability to learn has been affected, we will give them toxic drugs that will make them even sicker and cause other diseases for which we will give them more drugs. We will render them docile and weak. They will grow depressed, obese and feeble minded, and when they come to us for help we will give them more poison.
We will focus their attention toward material goods and entertainment so they will never connect to anything essential. We will guide them and let them think they are guiding themselves. They will live in self-delusion. Oh yes, so grand the illusion of freedom will be that they will never know they are our slaves.
Their minds will belong to us and they will obey. If they refuse we shall find ways to implement mind-altering technologies. We will include fear as one of our weapons. We will establish their government with two opposites within. We will own both sides.
They will perform the labor for us and we shall prosper from their toil. We will make them hate and kill each other when it suites us. We will continue to prosper from their wars and their deaths. We will take over their land, resources and wealth, and deceive them into accepting laws that will steal the little freedom they will have left. We will establish a money system that will imprison them forever, keeping them and their children in perpetual debt. When they shall band together we shall accuse them of crimes and present a different story to the world for we shall own all the media. When they shall rise up against us, we will crush them like insects for they will have no weapons.
We will recruit some of their own to carry out our plans. Those they look up to we will enlist to push our poisons. The recruits will be called “initiates” and we will reward them with money and great titles, but they will never become part of us. When a light shines among them, we shall extinguish it by ridicule or death, whichever suits us best. When our goal is accomplished a new era of domination will begin.
This is the secret covenant by which we shall live the rest of our present and future lives, for this reality will transcend many generations and life spans. This covenant must never be known to exist. If they ever find out that together they can vanquish us, they will take action and no person will give us shelter.

Richard Hooke has done brilliant work establishing that Lee Oswald was in the doorway of the Texas School Book Depository at the time of the shooting and therefore cannot have been “the lone assassin”. A very nice example of his work is, “JFK: Believe it or not: Oswald wasn’t even a shooter!”

McKnight Professor Emeritus at the University of Minnesota Duluth, he has also conducted extensive research into the assassination of JFK, the events of 9/11, and the plane crash that killed Sen. Paul Wellstone.