Sue Coe, “Drowned Before Slaughtered” (2018).
News of the potentially catastrophic flooding of pigs’ feces lagoons calls two things to mind. The first is a Facebook post I saw last July: “People will give up straws to save fish, but they won’t stop eating fish to save fish.” In other words, the individual fish don’t matter, only “fish” do, just as ecofeminist Marti Kheel observed of environmentalists killing wolves to save “the wolf.” The second is a childhood memory. At age eight in Dunn, North Carolina, I stood beside an injured pig, fallen or escaped from a slaughterhouse-bound truck. We gathered on the asphalt by her body, the adults exchanging words about what was to be done as the odors of gasoline and oil mingled with the scent of charred flesh wafting from “Dobb’s Garage and Grill.” My mother eventually led me away by the hand, explaining that Dobb’s and the other adults’ talk about saving the pig meant only that she would be preserved to be killed and eaten. She took me back to the road several times to keep the injured pig company. The pig was barely moving but her eyes were wide open. I wonder if she was retrieved for slaughter or if she died on the roadside. Perhaps she was still living when the highway sanitation workers removed her.
I am reminded of both the fish saved to be fished and the Dunn pig as hurricane Florence causes devastating flooding in the Carolinas and images of pigs in the aftermath of hurricanes Floyd, in 1999, and Matthew, in 2016, circulate in the news. In some photographs and videos, pigs are stranded on the rooftops of inundated intensive confinement facilities. In others, they are drowning or already dead, floating carcasses caught up in a current of liquid partially composed of their own excrement. Like the injured pig on the roadside, what would it mean to save those who remain?
There is widespread fear that North Carolina’s pig feces “lagoons” will overflow, spreading farm-related pollutants and toxins into the drinking water. Thus far, twenty-one have already spilled over. References to feces and lagoons are incessant. People are talking about excrement but they are not talking about the pigs. North Carolina has 9.7 million pigs, the second highest number in the United States. They are warehoused in what are known as concentrated animal feeding operations (CAFOs), in sheds with slatted floors so that their waste – ten billion tons annually of urine, feces and dead piglets – can be efficiently collected below and, later, flushed into open-air lagoons. Even without a mega-storm, the lagoons are a major contributor to global warming, releasing methane, nitrous oxide and carbon dioxide into the atmosphere; indeed, animal agriculture overall is the second largest contributor to human-made greenhouse gas emissions. Proximity to pig CAFOs is associated with pulmonary and respiratory diseases, disproportionately affecting people of color and low-income communities. If the lagoons continue to overflow, the environmental and health consequences will be dire. It will also mean that 9.7 million sentient, intelligent and sociable creatures will slowly drown. As of today, 5,500 pigs have already perished, in addition to 3.4 million warehoused chickens and turkeys.


In their reports about the feces lagoons, news media including the Los Angeles Times, the New Yorker and Democracy Now! employ photographs and videos not only of stranded, drowning pigs in past hurricanes but also of pigs tightly packed into filthy, dark pens with cement floors and no daylight, sometimes gazing directly at the camera. Susan Sontag observed that “to suffer is one thing; another thing is living with the photographed images of suffering, which does not necessarily strengthen conscience and the ability to be compassionate. It can also corrupt them. Once one has seen such images, one has started down the road of seeing more – and more. Images transfix. Images anesthetize.” It is as though the photographs and videos are directly connected to the pigs’ invisibility. The more we see of them, the less we see them. Their suffering is defiantly ignored in stories which, bizarrely, use their images but focus solely on their manure. But what about the pigs?
Standard industry practices structuring pigs’ lives are among the most brutal of all animal agriculture. So-called “breeding sows” divide their lives between gestation crates and farrowing crates, metal enclosures in which they are fully immobilized. Captive in concrete sheds where they never see the light of day, male piglets are castrated and both males and females have their tails docked and ears notched, all without anesthesia. Eventually, farmed pigs are transported to slaughterhouses, where stunning methods are not full-proof; frequently, they are still alive when they are strung upside down, have their throats slit and are lowered into scalding tanks.
Cloistered in CAFOs with Federal laws designating the documentation of animal agriculture’s operations as the United States’ number one domestic terror threat, farmed animals’ lives are invisible. Even when they come into focus, broadcast across television screens and newspapers, we are meant not to see them. But it is possible to care about the devastating environmental and health hazards posed by pig feces lagoons while also caring about the individuals trapped inside inundated intensive confinement facilities. Like the pig on the side of the highway, their visible, breathing beings stir up questions about their lives. What are the implications of saving them from drowning if their experience is constituted by relentless violence? How to truly protect them from commodification and consumption? Organizations like the Sierra Club and Greenpeace address the damage caused to the environment by CAFOs, but they ignore the suffering the CAFOs inflict upon non-humans. An abstraction called the “environment” is all that matters; save the fish to save fishing and the pigs for slaughter. From the New York Times to Amy Goodman, media fails to grapple with the environment in all its complexity, including the human-made sites of non-human animal confinement. The geological age we are in is known as the Anthropocene, and is characterized by humans’ domination of the planet. When it comes to other species, and the “nature” which has been modified by human activity, there are more pressing issues than straws and feces. Can we reshape our relationships to animals, especially those in the unnatural locales where we hold them captive? 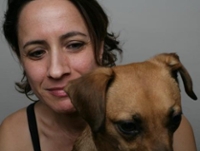 More articles by:ALEXANDRA ISFAHANI-HAMMOND
Alexandra Isfahani-Hammond is Associate Professor Emeritus of Comparative Literature and Luso-Brazilian Studies at the University of California, San Diego. She is the author of numerous publications on the legacies of African enslavement and critical animal studies. Her forthcoming memoir, “Home Sick,” probes caregiving, dying, the medical-industrial complex, Islamophobia and the commodification of (human and nonhuman) animals.

I very much appreciate your sharing my article, originally published in CounterPunch. However, the photograph you posted is incorrectly described as Sue Coe's drawing, "Drowned Before Slaughter." Please remove the photograph and include Coe's drawing, which can be found here: https://www.counterpunch.org/2018/09/21/hurricane-florence-and-9-7-million-pigs/
Thank you, Alexandra