Why the recent developments in Syria show that the Obama Administration is in a state of confused agony
September 23, 2016 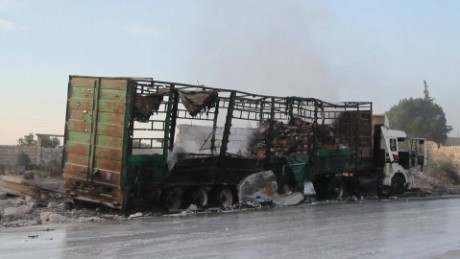 The latest developments in Syria are not, I believe, the result of some deliberate plan of the USA to help their “moderate terrorist” allies on the ground, but they are the symptom of something even worse: the complete loss of control of the USA over the situation in Syria and, possibly, elsewhere.  Let me just re-state what just happened:
First, after days and days of intensive negotiations, Secretary Kerry and Foreign Minister Lavrov finally reached a deal on a cease-fire in Syria which had the potential to at least “freeze” the situation on the ground until the Presidential election in the USA and a change in administration (this is now the single most important event in the near future, therefore no plans of any kind can extend beyond that date).

The Essential Saker: from the trenches of the emerging multipolar world
$27.95More offers
à 12:05

Email ThisBlogThis!Share to TwitterShare to FacebookShare to Pinterest
Libellés : THE SAKER