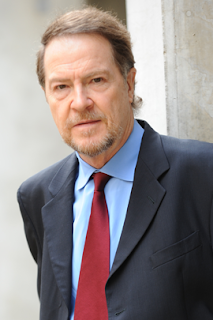 “If liberty means anything at all, it means the right to tell people what they do not want to hear.”—George Orwell

The final countdown has begun to the 2016 presidential election, and you can expect to be treated to an earful of carefully crafted sound bites and political spin.
Despite the dire state of our nation, however, you can rest assured that none of the problems that continue to undermine our freedoms will be addressed in any credible, helpful way by any of the so-called viable presidential candidates. Certainly not if doing so might jeopardize their standing with the unions, corporations or the moneyed elite bankrolling their campaigns.
In the interest of liberty and truth, here are a few uncomfortable truths about life in the American police state that we will not be hearing from either of the two leading presidential candidates.
These are not problems that can be glibly dismissed with a few well-chosen words, as most politicians are inclined to do. Nor will the 2016 elections do much to alter our present course towards a police state.
Indeed, the popularity contest for the new occupant of the White House will not significantly alter the day-to-day life of the average American greatly at all. Those life-changing decisions are made elsewhere, by nameless, unelected government officials who have turned bureaucracy into a full-time and profitable business.
As I point out in my book Battlefield America: The War on the American People, these problems will continue to plague our nation unless and until Americans wake up to the fact that we’re the only ones who can change things for the better and then do something about it. Indeed, the Constitution opens with those three vital words, “We the people.”
What the founders wanted us to understand is that we are the government.
There is no government without us—our sheer numbers, our muscle, our economy, our physical presence in this land. There can also be no police state—no tyranny—no routine violations of our rights without our complicity and collusion—without our turning a blind eye, shrugging our shoulders, allowing ourselves to be distracted and our civic awareness diluted.
No matter which candidate wins this election, the citizenry and those who represent us need to be held accountable to this powerful truth.
WC: 1545
Constitutional attorney and author John W. Whitehead is founder and president of The Rutherford Institute. His bookBattlefield America: The War on the American People (SelectBooks, 2015) is available online at www.amazon.com. Whitehead can be contacted at johnw@rutherford.org.
Publication Guidelines / Reprint Permission: John W. Whitehead’s weekly commentaries are available for publication to newspapers and web publications at no charge. Please contact staff@rutherford.org to obtain reprint permission.