Russian MoD Explains Difference Between Operations in Aleppo and Mosul 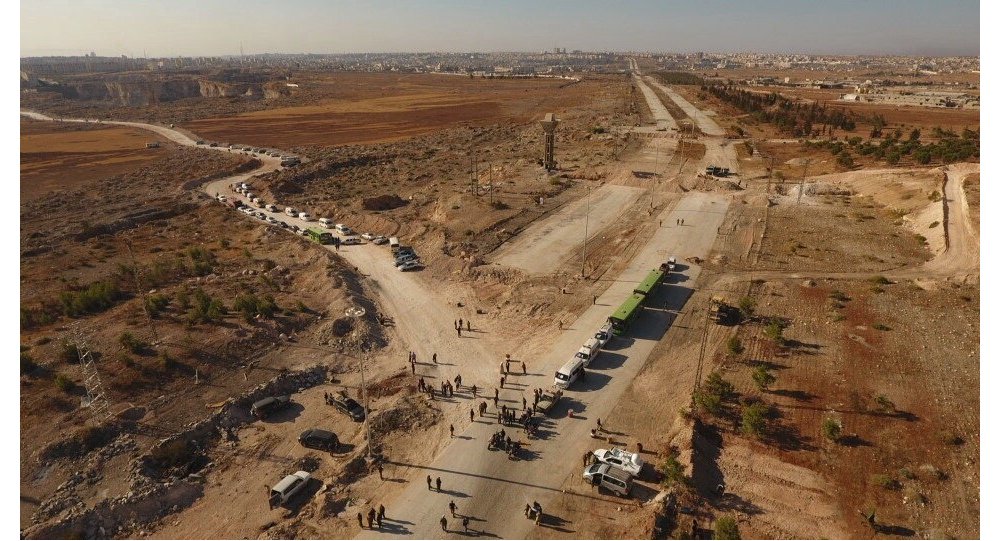 Russian MoD Explains Difference Between Operations in Aleppo and Mosul

The Russian Foreign Ministry explained the crucial difference between its operation in Aleppo and the US-led coalition's actions in Mosul.

MOSCOW (Sputnik) – Russian Russian Defense Ministry spokesman Maj. Gen. Igor Konashenkov pointed out on Sunday differences between the Russian operation in Syria’s Aleppo and the US-led coalition’s operation in Mosul, saying that Russia did not use the Aerospace Forces and focused on humanitarian issues.
“The Russian Aerospace Forces were not used in Aleppo at all. The attention focused on the work of humanitarian corridors as well as delivering and providing humanitarian aid for local residents. In Mosul, according to the coalition’s spokesman Joseph Scrocca, despite civilian casualties, the coalition is not going to retreat even when fighting becomes heavy,” Konashenkov said.
He added that it is impossible to speak about humanitarian aspects of the US-led coalition’s operation in Mosul.

© AP PHOTO/ FELIPE DANA
How Mosul & Aleppo Become MSM's "Double Standards for Dummies" Manual
The city of Mosul has been occupied by Daesh, outlawed in many countries, including Russia, since 2014. The operation to retake it began on October 17, 2016 and resulted in the liberation of Mosul’s eastern part this January, but fighting continues in the city's western areas. The operation to liberate it started on February 19.
The Syrian city of Aleppo, which was considered the economic capital of the country before the beginning of the civil war in 2011, had been under militants' control for several years and had been significantly damaged during the conflict. The city was liberated by government forces from militant groups in December 2016, however several militant and extremist groups are still fighting in the province.
à 10:45