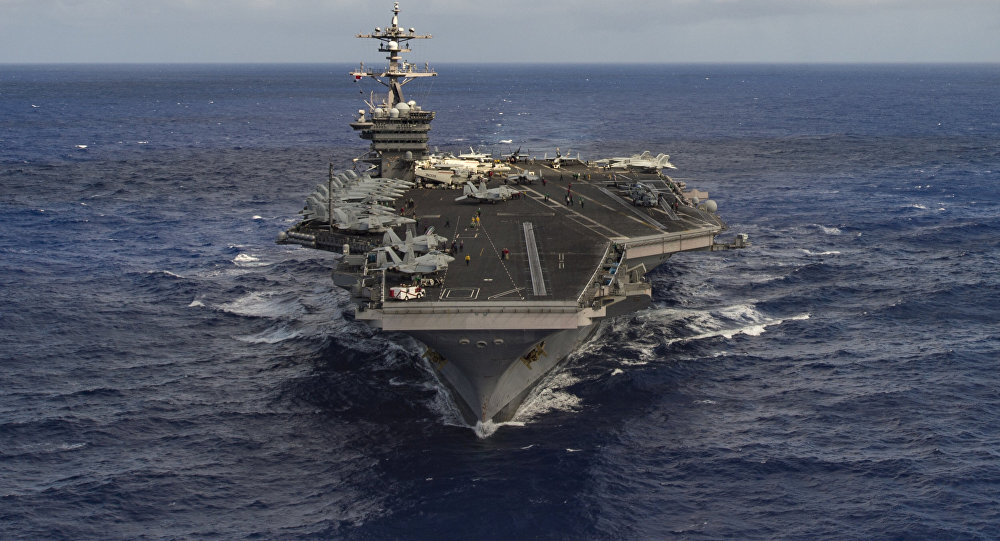 The Russian foreign minister warned against heavy-handed approaches to the North Korea issue.

MOSCOW (Sputnik) — Military options in resolving the North Korean issue are fraught with disaster in the region, Russian Foreign Minister Sergei Lavrov said Wednesday, reiterating Moscow's concerns with the deployment of the US missile system in South Korea.
"It is obvious that heavy-handed approaches that are beginning to be mentioned publicly are fraught with catastrophic consequences for the Korean Peninsula and the whole of Northeast Asia," Lavrov said.
Speaking at the VI Moscow Conference on International Security, he expressed concern about the degrading situation in the region with North Korea's continued development of its nuclear missile program.
Lavrov also voiced Moscow's disapproval "with the disproportionate build-up under the pretext of the North Korean threat of the US and its regional allies' military activity."
"An extremely destabilizing factor remains the forced deployment of US THAAD systems, a component of the US global missile defense, in the south of the peninsula," the Russian minister said.
On Sunday, Japan and the United States started naval military exercises in the Pacific Ocean with participation of a US naval group led by the USS Carl Vinson, according to Japan Maritime Self-Defense Force. The group was sent by the United States to the Korean Peninsula amid growing tensions in the region.

© REUTERS/ USFK/YONHAP
THAAD Anti-Missile Defense Is Put in Place in South Korea as Local Residents Clash with Police
North Korean state Rodong Sinmun newspaper reportedly said that Pyongyang was ready to show its military power in response to the US move to send its naval group, while the country's revolutionary forces could sink the USS Carl Vinson with a single strike.
The situation on the Korean peninsula aggravated since North Korea carried out a number of missile launches and nuclear tests, with one of the latest constituting a launch of a ballistic missile from Sinpo, South Hamgyong province, in the direction of the Sea of Japan on April 5 and a missile test on April 16, claimed unsuccessful by the South Korean defense officials. The launches are considered to be in violation with the UN Security Council resolution.
à 10:37