Benjamin Fulford - September 15, 2014: The Nazionists are losing, Europe is surrendering, Japan is close to revolution 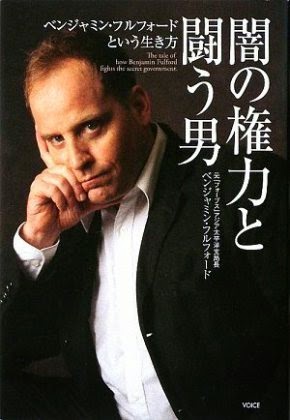 Benjamin Fulford - September 15, 2014: The Nazionists are losing, Europe is surrendering, Japan is close to revolution

That school yard taunt “liar liar, pants on fire,” pretty well describes how the world views what passes as government in the United States, Israel and their few colonies. Nobody believes their tall tales about aliens, ebola, beheadings, race riots, airplane shoot downs etc. They have lost the ability to manipulate world events.

The clearest sign of the imminent defeat of the Nazionists came in Europe last week. On September 10th Russia reduced gas supplies to Europe, on the 11th the US announced new sanctions and on the 12th the EU indefinitely postponed a free TRADE


The P2 Freemason lodge is saying they have already reached an agreement with Russian President Vladimir Putin to reform the current world political structure in order to make it more fair and inclusive to the people of the planet. They say the obstacle to this goal is the rogue US corporate government.

The British government, for its part, has reacted to the situation by agreeing to issue the first ever Renminbi denominated government bond issued outside of China.

Also, last week the Nazis and Mossad both reactivated agents who had gone dormant since the March 11, 2011 nuclear/tsunami attack on Japan and sent them to negotiate with the White Dragon Society. Meetings will take place this week but the WDS is only interested in talking if they are here to negotiate surrender.

In a sign the Nazionists are very worried about a 311 war crimes tribunal, the self-described illuminati agent “Alexander Romanov” was forcibly taken into a mental hospital last week. Doctors are trying to convince his family to allow him to be lobotomized or undergo a chemically induced brain wipe, family members say. “Romanov” warned the Australian embassy in Tokyo, the Japanese police and the media before 311 that Japan was going to be hit with nuclear terror. He even told them the exact location of the nuclear bomb that ended up being used in the attack. His warnings were ignored and now the Koganei, Tokyo, police are trying to destroy his mind to prevent him from testifying about their involvement in this mass murder.

Leo Zagami, the other self-described illuminati agent this author has met is, for his part, being confined in a mental hospital near Rome. Zagami also had foreknowledge of the 311 attack. Michael Meiring, aka Dr. Michael Van de Meer, another person who knew the truth about 311, was murdered in August of 2012.

Despite these desperate attempts at cover up, Japan is on the brink of a revolution against the Nazionists and when that takes place, the perpetrators of the 311 horror will be hunted down, Japanese underworld and police sources promise.

One indication of imminent change in Japan came last week when this writer was allowed to speak 911 truth live on a widely watched TV news program. The Japanese were told about building 7, the neocon use of 911 as a “new Pearl Harbour” and much else.

It is written in super dumbed down Japanese and has instructions in it like “use big voice,” “pause” and “drink water.”

The yakuza gangsters who sub-contract for the Nazionists in Japan are being systematically purged and it won’t be long before their Parliamentary acting troupe will get fired or be given an entirely new plot line to read.

The North Koreans have already purged the faction in their country that was connected to 311. That is why they are refusing to act their traditional role as East Asian boogey men. Instead, North Korean sources say that new market friendly reforms have created a boom there. “Peoples MARKETS

have been allowed, free enterprise is being encouraged and North Korean officials are being sent to China and Europe to study capitalism,” a North Korean official reported. “Rice prices are stable and nobody is starving,” he added. So much for Abe’s plans to use an impoverished, desperate North Korea to provoke war in East Asia.

Needless to say, the storyline calling for China to be surrounded and attacked that Abe read in front of his slave masters at Davos this January is falling APART

. Last week India formally applied to join Russia and China as a member of the Shanghai Cooperation Organization.

This move came despite a recent attempt by Abe to bribe Indian Prime Minister Narendra Modi with $35 billion to join an anti-China alliance. The SCO has a joint anti-terrorism organization and we all know who the real terrorists are: the Nazionists.

Could this be why the hypocritical Dalai Lama, who has a network of assassins and terrorists working for him, announced last week that he was not going to reincarnate? The Indian SCO application is a good sign his Indian hosts are getting ready to boot him out in order to boost their relations with China. He seems to realize he may not be long of this world and is trying to prevent a more Asia friendly Dalai Lama from being reincarnated in his place. The Dalai Lama’s closeness with the Nazis and Zionists has been well documented.

Meanwhile, back in the Middle East, the situation remains on a slow boil. US corporate government “acting President” Barack Obama has reacted to the situation in a way that can only be described as psychotic. First of all he said the US had no plans to deal with ISIS. Then, stung by criticism of his lack of plan, he suddenly announced he was going to destroy ISIS. How, is he going to destroy ISIS? By arming groups that are allied with ISIS and by randomly bombing people in Iraq and Syria. Is it any surprise that Turkey, Iraq, Iran and other countries in the region are not going along with him?

The real story in the Middle East is that the nations of the region are working together to create a Muslim federation or caliphate. Such a federation would be a super-power with a population of 400 million and control of much of the world’s oil. In this scenario Israel would become a Jewish autonomous zone within that federation. The Nazionist nightmare is ending.