Putin orders to end trade in US dollars at Russian seaports

Putin orders to end trade in US dollars at Russian seaports

Novorossiysk commercial sea port © Vladimir Astapkovich / Sputnik
Russian President Vladimir Putin has instructed the government to approve legislation making the ruble the main currency of exchange at all Russian seaports by next year, according to the Kremlin website.
Read more 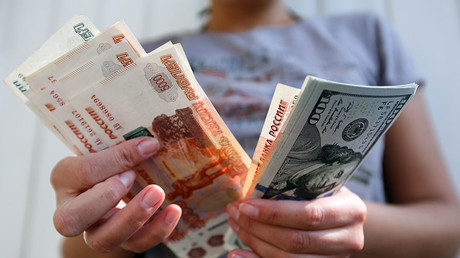 Russia cutting dependence on US dollar – economy minister
To protect the interests of stevedoring companies with foreign currency obligations, the government was instructed to set a transition period before switching to ruble settlements.
According to the head of Russian antitrust watchdog FAS Igor Artemyev, many services in Russian seaports are still priced in US dollars, even though such ports are state-owned.
The proposal to switch port tariffs to rubles was first proposed by the president a year and a half ago. The idea was not embraced by large transport companies, which would like to keep revenues in dollars and other foreign currencies because of fluctuations in the ruble.
Artemyev said the decision will force foreigners to buy Russian currency, which is good for the ruble.
In 2016, his agency filed several lawsuits against the largest Russian port group NMTP. According to FAS, the group of companies set tariffs for transshipment in dollars and raised tariffs from January 2015 "without objective grounds."
The watchdog ruled that NMTP abused its dominant position in the market and imposed a 9.74 billion rubles fine, or about $165 million at the current exchange rate. The decision was overturned by a court in Moscow in July this year. 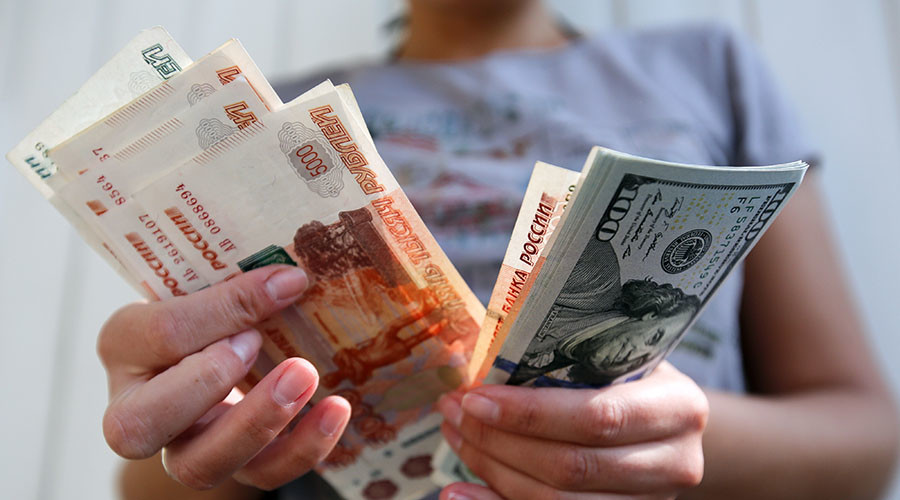 © Bloomberg / Getty Images
The Russian government is taking steps to reduce the value of transactions using the American currency in the country, according to Economic Development Minister Maksim Oreshkin.
“There is a big trend toward the de-dollarization of the Russian economy. The central bank has taken some very important steps against loans in foreign currencies," the minister said on Wednesday. 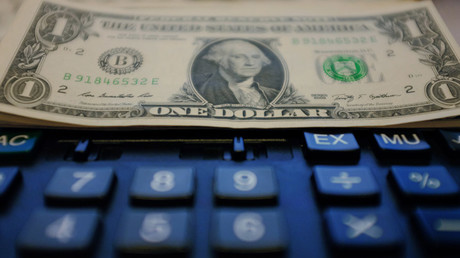 Russia to reduce reliance on US dollar & payment systems in response to sanctions
Data from the Central Bank of Russia shows 60 percent of Russia's external debt in August is in US dollars, the lowest since 2014.
Experts say foreign sanctions and central bank policy are making loans in rubles more attractive than in dollars. Rates on ruble deposits are also more attractive than foreign currencies.
In June, Russia reduced its investment in US Treasuries by $5.8 billion, dropping to 14th place among the largest holders of the US debt with $101.9 billion.
However, while loans in rubles are becoming more popular, it’s too soon to say if the Russian economy is ready to live without dollars.
“You need to look at the share of foreign currency deposits. In retail, there is no big decline, the share of foreign currency deposits remains at 23 percent, it is quite stable over the past year," said Alfa-Bank chief economist Natalia Orlova in an interview with RIA Novosti.
Last week, Deputy Foreign Minister Sergey Ryabkov said the Russian government would intensify efforts to cut the country’s dependence on US payment systems and the dollar as a settling currency.
READ MORE: Putin says dump the dollar
Russian President Vladimir Putin has repeatedly urged the economy and finance ministries to cut dollar dependence in the Russian economy as relations between Moscow and Washington have soured.
à 18:55